The Summer House, an homage to my family

My childhood summers were synonymous with the Aegean Sea, a surfer’s paradise along the west coast of Turkey. “The Summer House”, as it is affectionately known, sits less than 15 meters to the waves and its realization has been 30 years in the making.

1992 marked the beginning of the Koc family summer rituals by the sea. Although it was intended as a future retirement retreat for my parents, the house—a 2 story, modern sandcastle with a single stone arch in front —-did not sit idle. As a teenager here is where I learned to surf, getting more agile year after year. Dad was the captain of our boat “Selen” and tugged us all behind it as we wobbled on waterskis. Crashing waves and the many golden hours of sunrise and sunset punctuated our family stories over the years and welcomed the next generation of nieces and nephews. 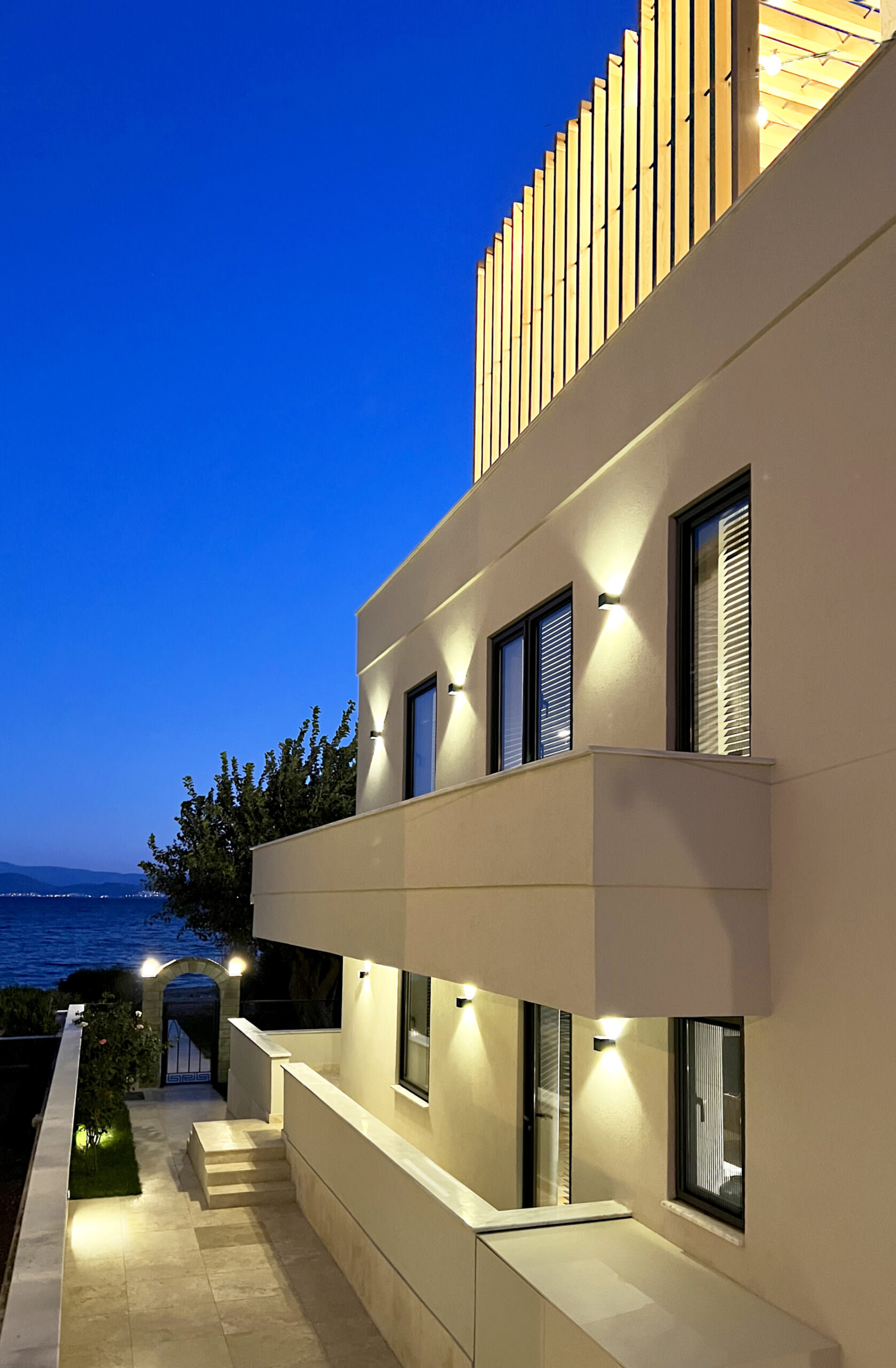 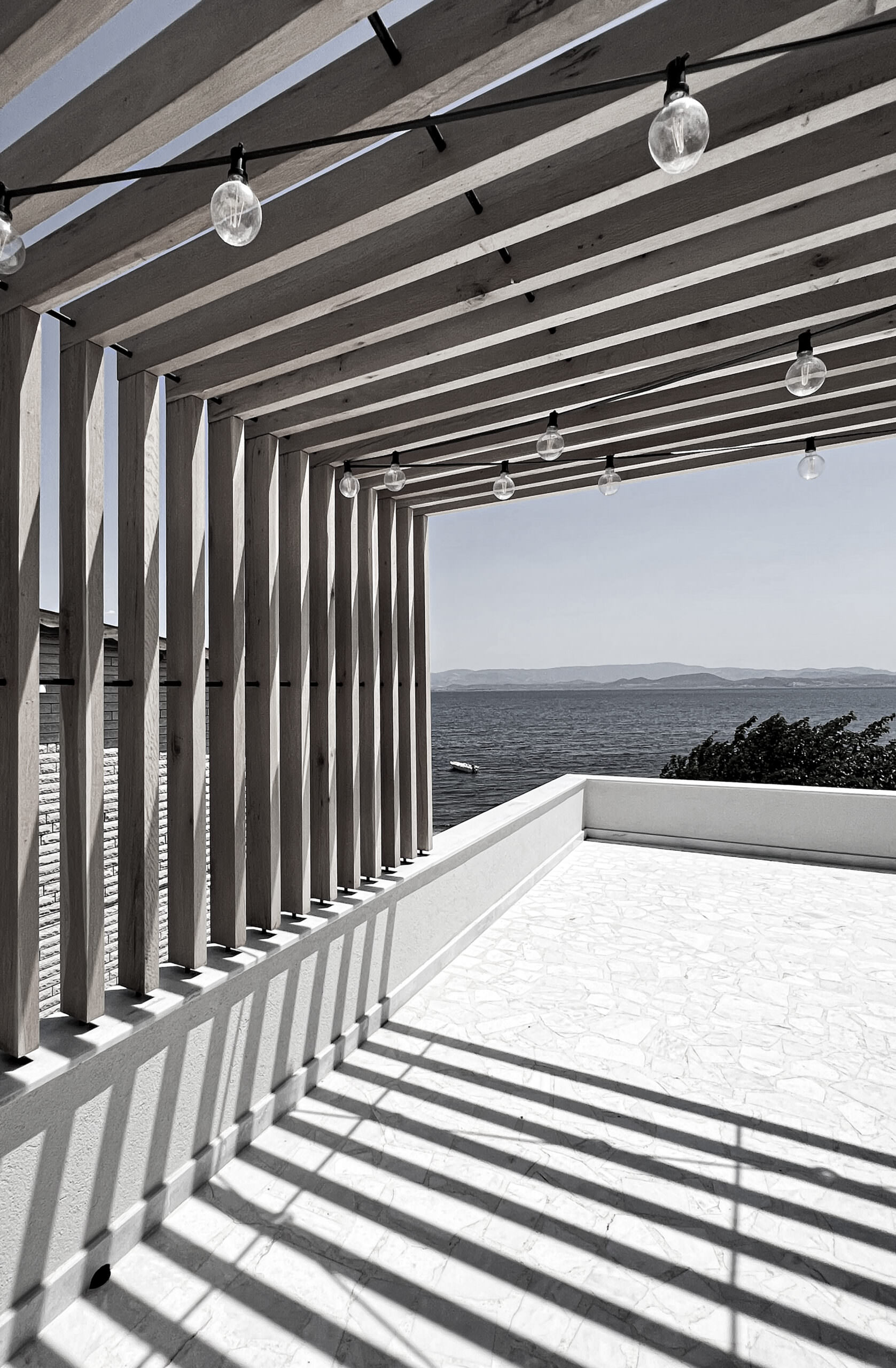 It was as if the house stretched beyond its limits to accommodate all of the memories we made. After I left home to pursue my studies and as life in Germany for the rest of the family got busier, the summer house grew quieter, eventually falling into disrepair.

Not wanting to see three decades of memories fade away like an old photo, I decided to rescue our summer base —the place where my nephew and niece first learned to swim —before it was too late. We started the field survey of the entire house while thinking about a design concept. It took almost one year from the survey to the final rendering. Then, with the amazing help of our first Erasmus students from Turkey, we started the bidding process.

In order for the house to meet European technical and building standards, the renovation had to be planned to the finest detail. This meant intense negotiations with contractors at every turn, and each day presented a new challenge. But I wasn’t just refurbishing any old house, I was paying homage to my family. The same way that a baker bakes a cake with heart and soul and high standards, so was I as an interior architect, designing our home. 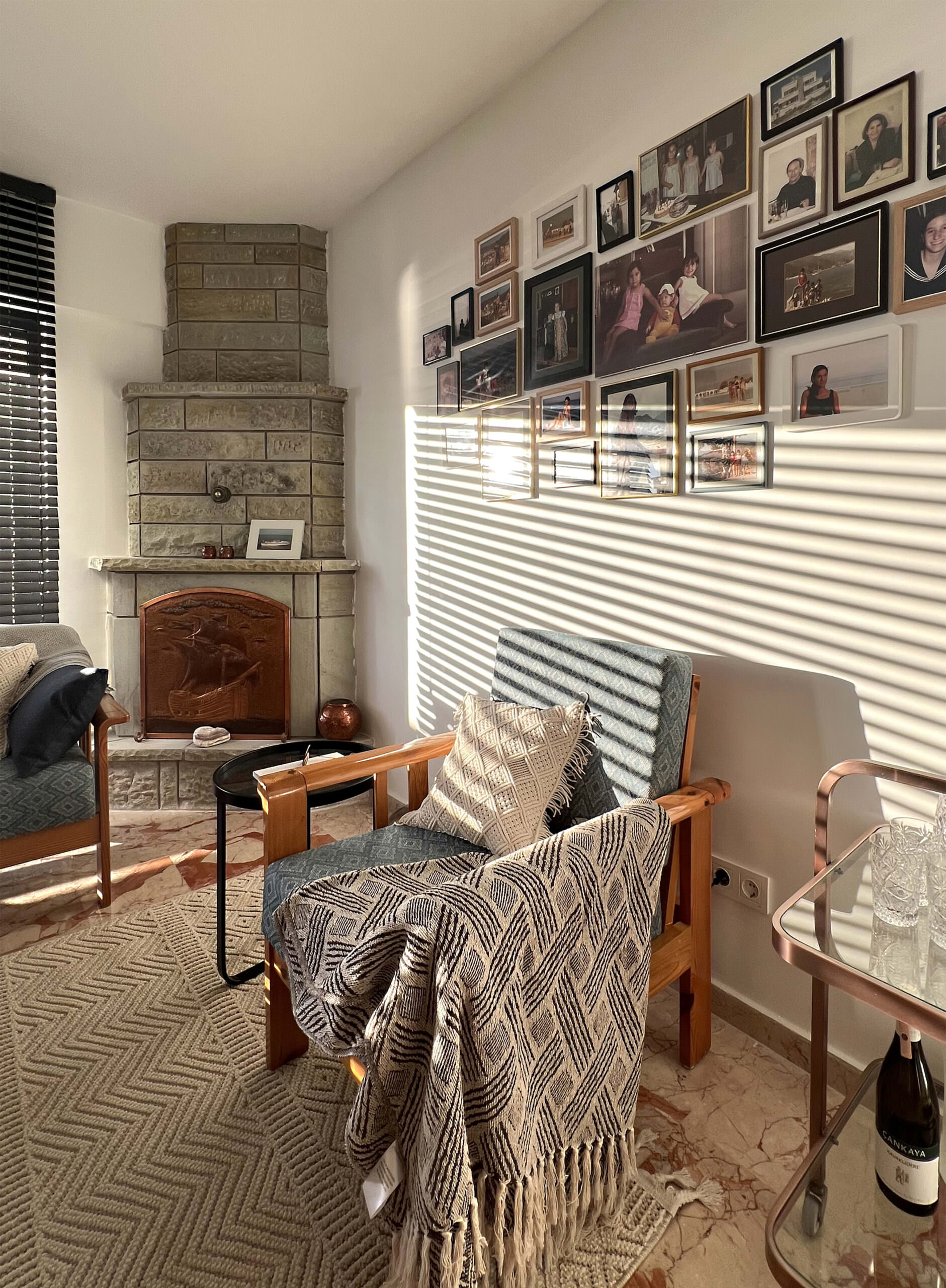 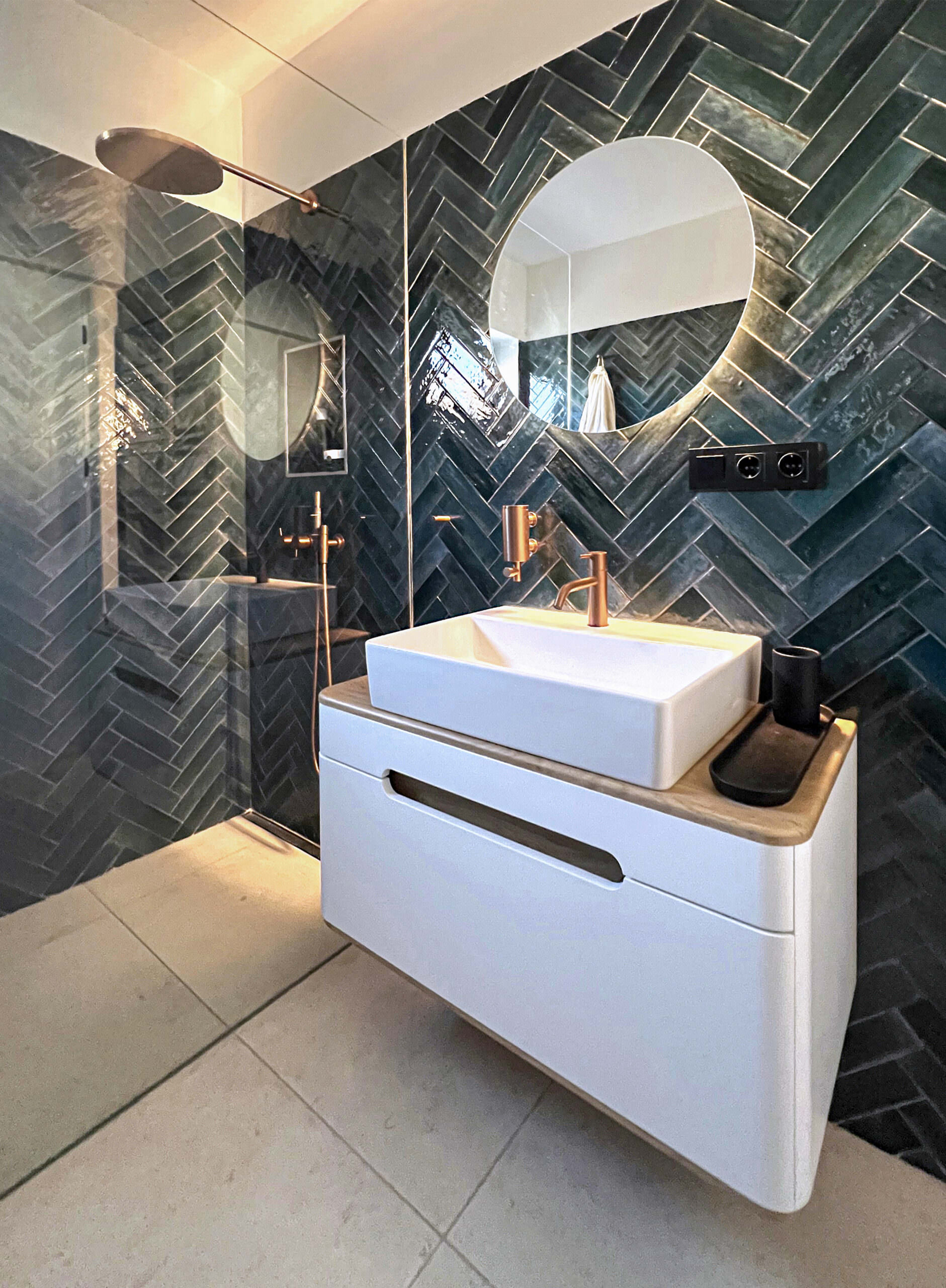 After 1.5 years of designing, bidding, and the order process, we were finally able to enter the construction phase. We demolished almost everything except the stone arches and the marble flooring on the interior ground level. It was important that the new summer house maintained some original elements of the old.

The old space was full of my father’s additions and repairs, yet we decided to pare down the redundant elements in order to show a new understanding of the home. The design opportunity lay in celebrating the character of the original Summer House, while incorporating minimalist details. We used Mediterranean tiles and natural stone surfaces to reflect the local spirit. Warm shades of blue and gray complement the oak and copper, which is visible throughout. A new modern lighting concept wraps up the entire look, bringing the house back to its Bauhaus character.

My mother’s dream was to have the kitchen be the heart of the home, so we added a deep blue kitchen island in the open living/dining area which overlooks the sea. Our family wall of fame is proudly displayed on the opposite wall. I imagine she will be thrilled at the sight of the second kitchen which sits under a great oak lamella pergola on the rooftop!

Two years after the idea was born in autumn 2020, the final details are, at last, being placed in the home. Considering the scope of work in addition to my duties managing the Munich office, it was an astonishingly short timeline. However, it has been an honor to personally oversee the project and a dream come true to see it ready to welcome my father back after a 4-year absence. The Summer House, which has sheltered three generations, is a token of gratitude to my family.